The Ancient pictograph depicting the avocado. It translates as "The Place Where the Avocado Abounds." 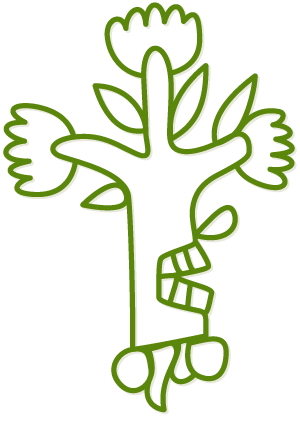 Wilson Popenoe, at the annual meeting of the California Avocado Society on June 21, 1947:

"Forty years ago—it must have been about 1910—we received at the West India Gardens a letter from a man in Mexico, a lumberman, named Riordan. He was interested in the avocado, and he told us that a Jesuit priest in his neighborhood-I remember the name of this priest; it was Camillus Crivelli-had shown him an Aztec pictograph which he thought was very interesting. He sent us a rough sketch of it.

A few years later, when I was in Mexico, I got into one of the old libraries and found a book which contained this pictograph and a lot of others. They were, in the main, taken from one of the 'tribute rolls' of the Emperor Montezuma, found at the time of the Conquest. It appears that Montezuma kept a record of what the inhabitants had to send annually in tribute—the inhabitants of towns which had been conquered by warriors of his tribe. The names of the towns were represented by pictographs, and under each one there were entries of the expected tribute—so many bags of cacao beans, so many rabbit skins, and so on.

The town Ahuacatlan was represented by this conventional figure of a tree with three branches, and the little ellipsoidal fruits on it mean that in this particular case it was not just any kind of a tree, but a special sort: an ahuacate tree, though the fruits may not look much like ahuacates to us. The teeth in the trunk of the tree constitute the conventional sign for 'place where,' so altogether we have the name Ahuacatlan, place where avocados grow."